Today is Rick's 61st birthday and it is hard to even give him his gift today.  He's been so nice and sweet all month, but then last night he was talking to his cousin Harold and said something that really rubbed me the wrong way, about how he really feels about the 30 year relationship between his brother Robert & Betty and also, our relationship.  Upon hearing him I immediately just blurted out, "Well, you just ruined your birthday tomorrow!" and from that point on until today, he's turned his back on me and is clearly upset.  He doesn't for one instance think about how upset it was for me to hear that I mean nothing to him and that we are not anything like a married couple, even tho we clearly are not married.  We just live together and have been living together for several years. 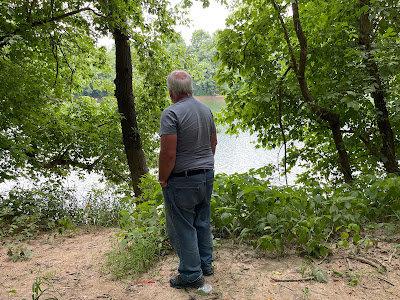 These past couple of months I was so excited while I was shopping for a special gift for him, and in fact I bought him two gifts, but I think I'll only give him one under the circumstances and, maybe I won't even give him that one.  His gifts are both expensive, but I bought one first and then while he and I were out one day, he expressed an interest on something he really liked, so I went back and bought him that item too.

The last item is gift wrapped, and attached is a very special card that I thought was perfect for us, but now everything won't be the same.  I won't be able to happily give him the gift in that special happy way that I had hoped to.

I wished him a Happy Birthday first thing this morning and he just ignored me and said something grumpy under his breath and then took his cup of coffee and went out to sit on the porch so that I would leave him alone.  After his coffee he told me that he was taking his moped out to fill it up with new gas.  He didn't return for an hour and a half, so I went for a ride.

When I got home from my ride I asked him how his ride was and he still didn't really want to talk to me, but he did want to know where I had gone and I told him that I just went for a ride, which was true.  I rode to Livingston, Ky. on old U.S. 25 South, checked on the price of gas there ($3.99 per gallon) and then I drove straight back home.  That was it.

I've been trying to talk to him, but he's still upset.  I want to give him his present, but I want it to be a happy moment and not just a moment where he opens his gift and tosses it down or puts it away, never to be seen again (like every other gift I have ever given him).  It seems that I'm always more excited about his gifts than he is, so maybe I should just do what he does on my birthday.....NOTHING.  I don't even get a salutation of Happy Birthday until after the fact when he sees that one of my children have given me a gift or have taken me out to eat.  He never bothers to know when my birthday is, but he writes his birthday down on the calendar so that I can see it and he makes sure everyone knows that his birthday is coming up.  I can probably almost tell you what happened when he left here this morning......He probably, but I don't know this for a fact, he probably went to see his brother Tommy to make sure that he knew that it was his birthday and he probably got Tommy to buy him breakfast for his birthday.  The reason I'm thinking this is because Rick left here this morning early without breakfast and Rick always makes sure that I know that it makes him sick not to eat breakfast right after he drinks his coffee.

Maybe things will get better, but Rick is a worrier and keeps himself all stressed out with things that shouldn't even concern him.  He worries about everything and everyone and about how he thinks they should be doing things and living their own lives, when actually it's none of his business how other people live their own lives.  It's not something he can control or should control.  He has high blood pressure and all of his family, including me, can see why.  He just keeps himself all worked up over NOTHING, whether it be at work, at home or with someone else's home.

UPDATE:  7:00 p.m. and Rick is still being Rick so I guess I have given myself two gifts, and wasted $3.79 on a useless Birthday Card.  I can't reuse the card because I wrote a note in there for him.....a very sweet note that he will never read.

He's gone out again and I'm drinking my sorrows away.  Just something to numb the pain a little.  I know better than to drink too much.  I need to cook myself some supper.  All I've eaten today was a small bowl of oatmeal around 2:00 p.m.

I'm spending my time cleaning out the cat houses and washing their bedding.  I was going to mow, but that can wait until tomorrow.   I helped him mow his yard yesterday, but I'll have to mow my own yard tomorrow.  It sure needs it!

UPDATE #2:  Several days later Rick asked what happened to his birthday present so I got his card and gift and I happily gave it to him.  He read his card, didn't say much, but when he opened his gift and looked at it, he didn't like it.  It was an expensive new Boker pocket knife with 2 blades and a bone handle, but since the blades were made of stainless steel he said that he didn't want it and told me that I should take it back and get my money back.  I took the knife back, but you can imagine how sad it made me feel.  I replaced the knife with a $100 dollar bill and he took that.  I shouldn't have given him the $100 after the way he acted, but it made me feel better that I at least gave him something.  Rick doesn't appreciate anything that I do for him, but that's not my problem and I'm not changing who I am just because he's such a self-centered jerk.  Someday when I'm dead and gone maybe someone that he cares a lot for will treat him the hurtful ways that he has treated me all of these years.  I firmly believe that you reap what you sow.  As his young niece Lessie once said about him, "Rick is an ugly mean spirited bald headed man, who never has anything nice to say about anyone," and that describes him to a tee.

Posted by Sandy Hatcher-Wallace at 1:55 PM 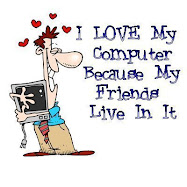 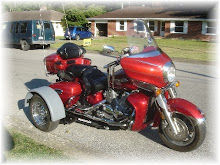 My Other Blogs & Sites 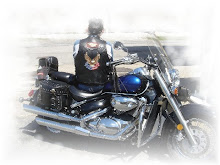 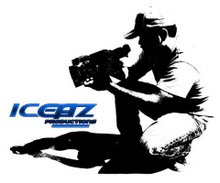 Everyone has a photographic memory...
Some just don't have any film.

"The mind is like a parachute, it works best when it is opened."


An Award from Rachel 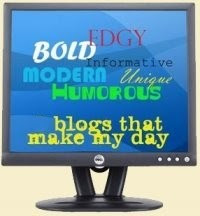 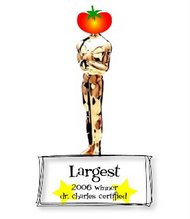 "If you find yourself in a hole, the first thing to do is stop diggin."